At Tree Monkey Tree Care Ltd we are dedicated to helping you with caring for your trees and hedges.

What is Ash dieback?

Ash dieback is a fungus, which originated in Asia that affects the vascular system of ash trees inhibiting the tree’s ability to draw up nutrients into the upper branches. It is estimated that it will severely affect or kill around 80% of European Ash across the U.K

It was introduced to Europe about thirty years ago where it began to decimate our native Ash population, which has no natural defense against it. It is going to have a massive impact on our flora and fauna. The Ash dieback fungus wasn’t formally described until 2006, but is thought to have been around for some time before the symptoms became apparent. In the UK, ash dieback has had the most impact in the south-east of England although there is evidence of the disease throughout the U.K.

Common names: Ash dieback, chalara
Scientific name: Hymenoscyphus fraxineus
What does it affect?: Ash
Areas affected so far: The whole of the UK
Origin: Originally from Asia, arrived in the UK via Europe 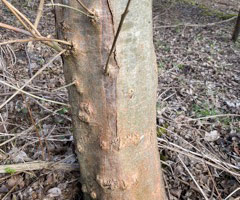 Ash dieback can affect Ash trees of all ages. Younger trees succumb to the disease quicker but in general, all affected trees will have these symptoms: 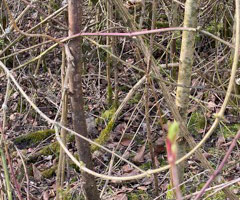 If you are worried that your ash may be developing signs of ash dieback please contact Tree Monkey Tree Care Ltd on 07734779187 or email us at info@tree-monkey.co.uk for free advice.

You can find further information here:

Very efficient team. Have regularly used them over the years for removal or trimming of trees and bushes. Very experienced and knowledgeable. Would highly recommend them.
Julia Lutter
Read more testimonials

Proudly serving the people of Herts, Beds and Bucks for the past 15 years.

Get in touch for expert advice.

We undertake tree work contracts of all shapes and sizes.

Call us for your free consultation.